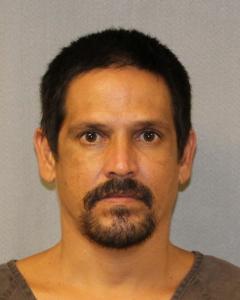 Hawai‘i Island police are searching for 45-year-old Shawn Lee Galigo of Puna who is wanted for questioning regarding a violent neighbor dispute in Ainaloa on Thursday, September 9; as well as for two outstanding warrants.

On Thursday afternoon shortly before 3:00 p.m., Puna Patrol officers responded to a reported neighbor dispute involving gunshots on Maile Way in the Ainaloa subdivision. Responding officers learned that Galigo and a male neighbor had been involved in a verbal dispute fronting Galigo’s residence, when Galigo reportedly brandished a pistol and fired it. There were no reported injuries.

After a brief search in the area for Galigo, the department’s Special Response Team responded to assist in searching the residence. It was later determined that Galigo was not within the residence and is believed to have left the area on foot prior to police arrival.

Out of an abundance of caution, several residents on Maile Way were evacuated until police were able to render the area safe.

Area I Criminal Investigation Section personnel responded to the scene to assist in this felony investigation. On Thursday night, shortly before 11:00 p.m., detectives served a warrant on the residence and recovered a rifle and ammunition.

Police caution members of the public not to approach Galigo and to immediately contact police.

Police ask anyone who may have been in the area and witnessed this incident or has information on the whereabouts of Galigo to call the police department’s non-emergency line at (808) 935-3311 or Detective Casey Cabral at (808) 961-2381 or casey.cabral@hawaiicounty.gov.