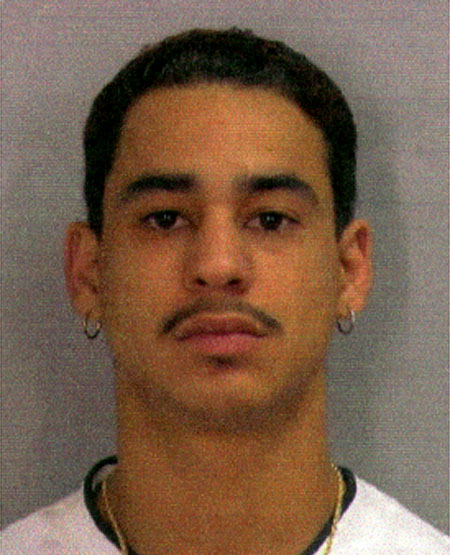 A 20-year-old man who died of self-inflicted gunshot wounds Thursday (June 14, 2001) during a confrontation with uniformed officers was well known to police.

Hilo Criminal Investigation Section detectives said Saturday (June 16, 2001) that the man, Shaun “Mika” Thompson, had been arrested and charged with 34 offenses, nine of them felonies, since he turned 18.

He had been convicted for one count of second-degree terroristic threatening.

Thursday’s confrontation occurred after Thompson and a 19-year-old companion allegedly stopped a car about 7:50 p.m. on Ainaloa Boulevard near the junction with Route 130 in the Ainaloa subdivision of Puna.

Apparently, both males wanted a ride to Kaloli Boulevard in Hawaiian Paradise Park and entered the vehicle without the consent of either the driver, a 64-year-old female, or her passenger, a 65-year-old male.

Before the junction with Route 130, the driver pulled over to the right portion of the roadway and requested assistance from four uniformed officers who were in the area in response to a gunshot call reported to police dispatch.

One of the officers observed that Thompson, positioned in the right rear passenger seat of the vehicle, was in possession of what appeared to be a rifle. Thompson subsequently pointed the rifle at the officer, who immediately backed away and alerted the other officers of the firearm.

One of the four officers, an 11-year veteran with the department, fired one shot from his service pistol and the bullet hit the 19-year-old male in the left chest area.

Immediately thereafter, another gunshot was fired within the vehicle. The officers then discovered that Thompson had sustained an apparent self-inflicted gunshot wound to his facial and head area.

Autopsy results released Friday indicate that Thompson died from a self-inflicted gunshot wound to the head. The shooting incident, initially classified as a coroner’s inquest, has been reclassified as a suicide.

The autopsy results also revealed that Thompson sustained a second gunshot wound to his facial area that was not fatal.

The 19-year-old is listed in satisfactory condition at the Hilo Medical Center after undergoing emergency surgery for his injuries.

Following standard department procedures for similar type incidents, the officer involved in the shooting has been placed on leave. The investigation is continuing by detectives of both the Criminal Investigation Section and the Internal Affairs Section.