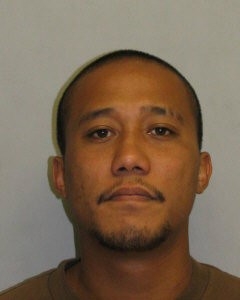 Detectives have charged a 25 year-old Puna man who was wanted in connection with an assault that occurred in the Puna District.

On March 2, 2011 at 10:20 am, Keola Lance Kahele Bergau turned himself in at the South Hilo District station after he learned he was wanted in connection to this investigation.

At 3:15 pm, detectives from the Area I Criminal Investigation Section charged Bergau for assault in the first degree.  His bail was set at $50,000.00 and he is presently being held in the East Hawaii Detention Center pending his initial court appearance scheduled for March 3, 2011.

The assault charge stemmed from an incident in which Puna patrol officers responded to a Seaview Road address in Nanawale Estates to a reported affray at about 3:45 pm on January 28, 2011. A 53 year-old Pahoa man sustained injuries as a result of the assault and was subsequently transferred to The Queen’s Medical Center on Oahu where he was initially listed in critical condition.  His condition has since been upgraded to stable.