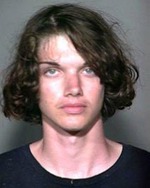 A 19-year-old Waikoloa man who was the subject of a one-and-a-half-hour manhunt is in police custody facing possible escape charges.

Airiel Jost , who was at the Waimea courthouse for resisting an order to stop and two counts of theft, was in the process of being arrested on a $10,000 contempt of court warrant Tuesday afternoon (July 26), when he bolted from Sheriff’s deputies shortly before 2 p.m. and ran from the building.

The Hawaiʻi Police Department launched a search and found Jost hiding in bushed behind North Hawaiʻi Community Hospital at 3:30 p.m. He was arrested on suspicion of escape. He was also arrested and charged with contempt of court for the $10,000 arrest warrant.

He is scheduled to return to court Wednesday (July 27).