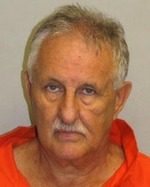 Detectives have charged a Puna man with attempted murder and other offenses in connection with an attack Monday (June 13) that sent a 65-year-old Hilo man to the hospital.

The victim remains at Hilo Medical Center in serious but stable condition.

Monday morning, police received a report of someone yelling for help at an apartment complex in the lower block of Hualālai Street in Hilo. Responding officers discovered the severely injured victim and Diego still within the victim’s apartment. The victim was treated at the scene and transported by medics to Hilo Medical Center with a fractured skull and severe lacerations to his head. Police arrested Diego and continued investigating the case.