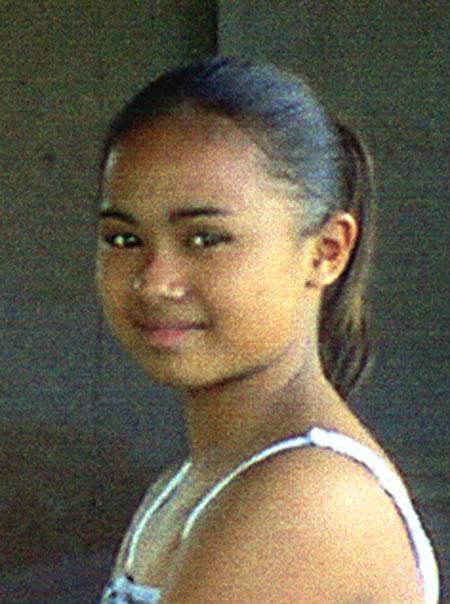 Big Island police are looking for a 12-year-old girl reported missing from her Hilo residence since May 7, 2003.

The missing girl was identified as Erica Rapoza.

Rapoza is described as being part-Hawaiian, being four feet in height, weighing about 85 pounds and having brown hair with blonde highlights and brown eyes.

Anyone with information about her whereabouts is asked to call Officer Robert Pauole of the South Hilo Patrol at 961-2213 or the police non-emergency number at 935-3311.