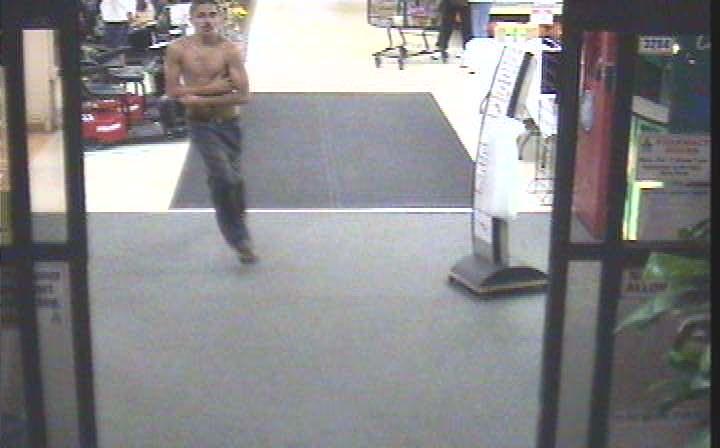 The Hawaii Police Department is asking for the public’s assistance in locating and identifying an unknown male party responsible for a theft that occurred in Hilo on Monday (October 25).

Hilo patrol officers responded to a Hilo grocery store, at about 6:16 p.m. The female victim reported that an unknown male party took a wallet from her purse and fled on foot.

The suspect is described as approximately 5 feet 6 inches to 5 feet 8 inches tall, 160 pounds, local male with gold or brown spike hair. He was last observed wearing blue jeans, black slippers, with no T-shirt.

Police ask anyone with information on the identity or whereabouts of the suspect to call Detective Norbert Serrao at 961-2383 or the Police Department’s non-emergency line at 935-3311. Tipsters who prefer to remain anonymous may call Crime Stoppers at 961-8300 in Hilo or 329-8181 in Kona. All Crime Stoppers information is kept confidential.