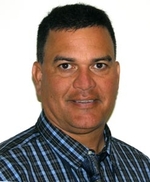 Kealoha is a graduate of the FBI National Academy. He joined the Hawaiʻi Police Department in 1985 and has worked in West Hawaiʻi for 24 of his 26 years on the police force. For the last two years he has been the major in charge of Administrative Services.