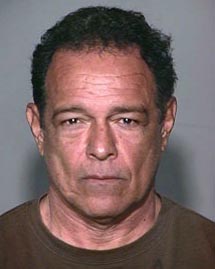 A Kailua-Kona man was arrested Tuesday (May 24) in a drug raid at his home.