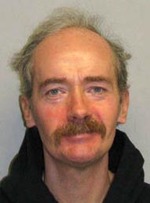 Big Island police are searching for a 57-year-old Hilo man who was reported missing.

Robert Dalpe, who has no permanent address, frequents the Hilo area. His family last heard from him in February.

He is described as Caucasian, 6-foot-1 about 150 pounds with blue eyes and brown hair.