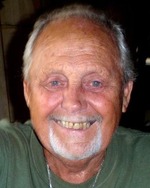 Big Island police are searching for an 84-year-old man who was reported missing in Kona.

Scott Dillon of New South Wales, Australia, was last seen at 2 p.m. Tuesday (August 30) driving a rental car away from a Kailua-Kona hotel on Aliʻi Drive. He may be in the Volcano area.