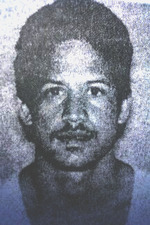 Roland Moki Hose was last seen on Wednesday, September 21 at around 7:45 a.m. on Highway 11 just south of the intersection with  Kamehameha  III Road .

He is described as Part Hawaiian, 5-foot-6, 125 pounds, with a slim build.  He has black hair and brown eyes.  He was last seen wearing a black t-shirt, black shorts, & a black cap.  He was also carrying a black backpack, and a large brown skateboard with red wheels.