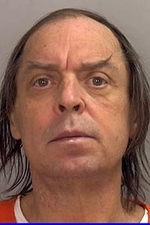 Big Island police are searching for a 67-year-old man reported as missing.

Robert Alan Wade was last seen in Hilo on Tuesday morning (August 16). He has a medical condition that requires medication.

Wade is described as Caucasian, 5-foot-11, 155 pounds with short brown hair and hazel eyes. He was last seen wearing black slippers, brown pants, a dark hooded jacket and a blue baseball cap. He was carrying a blue or black backpack and a red-and-white umbrella.