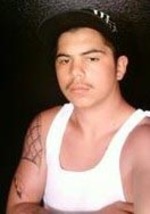 Big Island police are renewing their request for information about a 17-year-old boy reported as missing from Hilo since last summer.

Michael G. Perreira-Thompson III has been missing since July 21, 2010. He is described as Part-Hawaiian, 5-foot-9, about 145 pounds with brown hair and brown eyes.