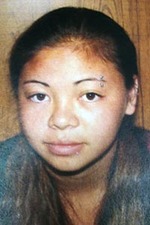 Big Island police are searching for a missing 17-year-old girl.

Kuuleinani Taketa was last seen at her Captain Cook home on March 15. She is described as being of Hawaiian-Chinese-Japanese descent, 5-feet tall, about 115 to 121 pounds with brown eyes and medium-length brown hair.

Police ask that anyone with information on her whereabouts call the Police Department’s non-emergency line at 935-3311. Tipsters who prefer to remain anonymous may call Crime Stoppers at 961-8300 in Hilo or 329-8181 in Kona.