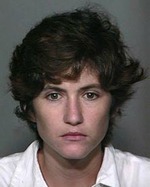 Big Island police are searching for a 29-year-old Nāʻālehu woman who was reported missing.

Sarah J. Cain was last seen in the Green Sands subdivision in Nāʻālehu on July 14.

She is described as Caucasian, 5-foot-6, 120 pounds with brown eyes and brown shoulder-length hair.

Police ask that anyone with information on her whereabouts call Detective Myra Iwamoto at 326-4646,
extension 281, or the Police Department’s non-emergency line at 935-3311. Tipsters who prefer to remain anonymous may call Crime Stoppers at 961-8300 in Hilo or 329-8181 in Kona and may be eligible for a reward of up to $1,000. Crime Stoppers is a volunteer program run by ordinary citizens who want to keep their community safe. Crime Stoppers doesn’t record calls or subscribe to caller ID. All Crime Stoppers information is kept confidential.