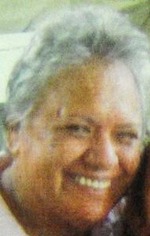 Big Island police are searching for a 66-year-old Hilo woman reported as missing.

Lucille Naungayan was last seen at 8:30 a.m. today (September 26) at her Kinoʻole Street home. She has medical conditions that require medication.

Naungayan is described as between 5-feet tall and 5-foot-2, 180 pounds with gray hair. She was last seen wearing glasses, a pink T-shirt, light-colored slacks, rubber slippers and an orange sweatshirt.

Police ask than anyone with information on her whereabouts call the Police Department’s non-emergency line at 935-3311.