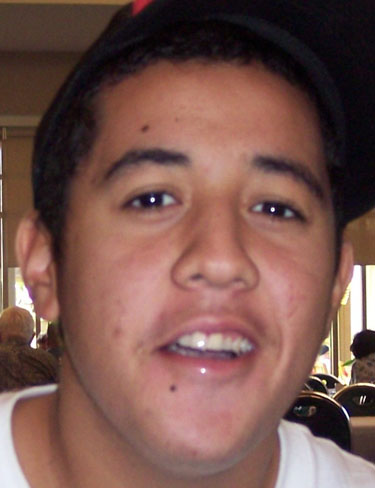 JOSEPH NIEVES JR.
…missing since May 26

Big Island police are looking for a 15-year-old boy reported missing from his home in Hilo since May 26, 2005.

He is Joseph Nieves Jr. Nieves is described as being 5-foot-5 in height, weighing about 150 pounds with a slim build and having black hair and brown eyes.

Anyone with information on his whereabouts is asked to call the South Hilo Patrol Division at 961-2213 or the police non-emergency telephone number at 935-3311.