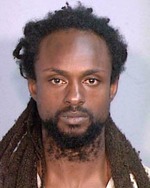 Big Island police have located 34-year-old Maurice Hackett, who was wanted in connection with an attempted murder.

Hackett turned himself in Friday and was arrested on suspicion of second-degree attempted murder. He was released Saturday pending further investigation.