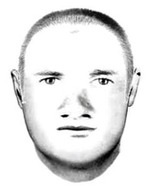 Big Island police are requesting the public’s help in identifying and locating a man wanted for questioning in connection with a sexual assault of a female minor. The assault occurred on October 1, 2010, between 7 and 7:30 p.m. in Kurtistown in the Puna District.

The man is described as local, “scruffy” looking, 18-30 years old, 5-feet-7 to 5-feet 9, 150 to 175 pounds with a medium build, brown eyes, short buzz-cut black hair and a dark complexion. He was last seen wearing a blue aloha shirt with blue hibiscus print and driving a gold or light-colored four door Honda or Mazda sedan.

Detectives with the Juvenile Aid Section are continuing this investigation.

Police ask that anyone with information on his identity or location call the Police Department’s non-emergency line at 935-3311.