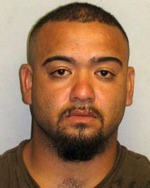 Big Island police are investigating a rash of theft cases involving catalytic converters taken from parked cars—including a case that led to the arrest of four suspects. During the month of August, police received 10 reports of stolen catalytic converters in Hilo and one in Kaʻū. The vehicles reportedly observed at the scenes of some of these thefts included a white Honda sedan and a van.

Matthew Tilfas was charged Tuesday (August 30) with first-degree criminal trespass and second-degree theft, a Class C felony punishable by up to five years in prison. The other three were released pending further investigation.

Other areas where catalytic converters were stolen were:

Police ask for the public’s help in reporting suspicious activity in parking lots or other areas where cars are left unattended. Investigators believe that the stolen items are being recycled or sold for cash. They remind the public that it is a crime to receive stolen property.