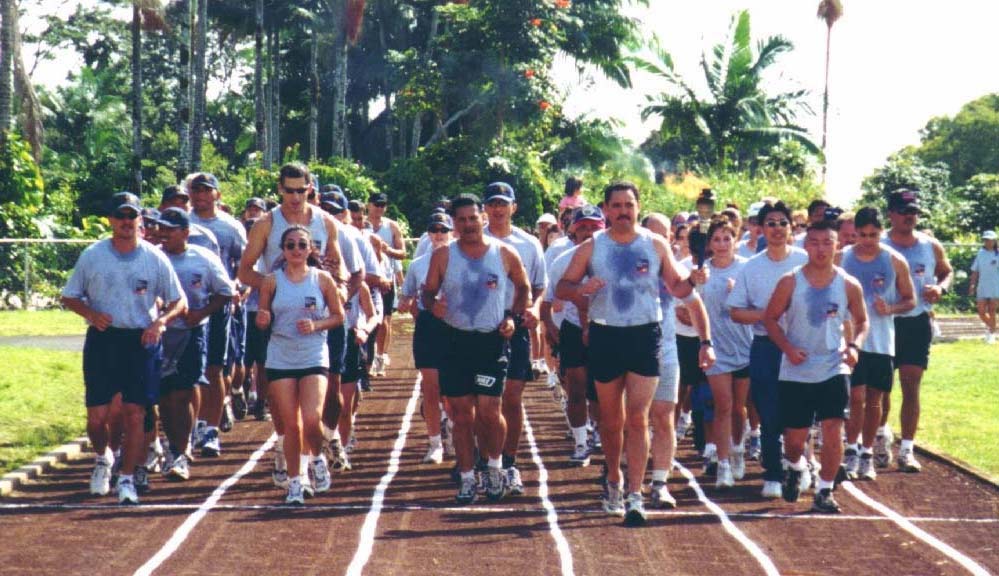 END OF RUN — Major Morton A. Carter of the Hawaii County Police Department (front, fourth from left) leads runners on a lap around the Hilo High School track just before the start of the Special Olympics track and field area games.

The torch runs held in Hawaii take place on each island and are named in memory of Honolulu Police Officer Troy Barboza, who was a dedicated coach for Special Olympics during his spare time.