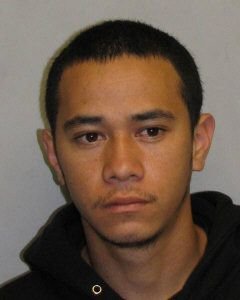 Big Island police are asking for the public’s assistance in locating a 23-year-old Puna man wanted for outstanding warrants.

Jason Shawn K. Chang has two outstanding warrants for contempt of court. Chang is described as being part Chinese and Hawaiian, about 5’8″ tall, 140 lbs, thin build, tan complexion, short black hair, and a light mustache. He has numerous tattoos consisting of “CHANG” in large letters on the underside of his right arm, “PUNA” outlined on the underside of his left arm, “Puna Boy” on his upper right arm, and a cross on the back of his right calf.

Persons with information on the whereabouts of Chang are asked to call Detective Derek Morimoto at 961-2380 or the police non-emergency line of 935-3311.