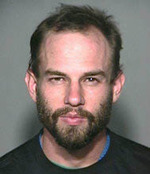 Big Island police are requesting the public’s help in locating a 29-year-old Puna man wanted for questioning in connection with a recently reported sexual assault investigation.

Detectives are seeking Erick Jason Smith, last known to have lived in the Hawaiian Acres subdivision. He is described as being of Caucasian descent 6-foot, 180 pounds with brown hair, brown eyes, a medium build and a fair to lightly-tanned complexion.

Detectives with the Juvenile Aid Section are continuing this investigation.

Police ask that anyone with information on Smith’s location call the Police Department’s non-emergency line at 935-3311. Tipsters who prefer to remain anonymous may call Crime Stoppers at 961-8300 in Hilo or 329-8181 in Kona and may be eligible for a reward of up to $1,000. Crime Stoppers is a volunteer program run by ordinary citizens who want to keep their community safe. Crime Stoppers doesn’t record calls or subscribe to caller ID. All Crime Stoppers information is kept confidential.